Kim Kardashian and the Moral Questions of Surrogate Motherhood 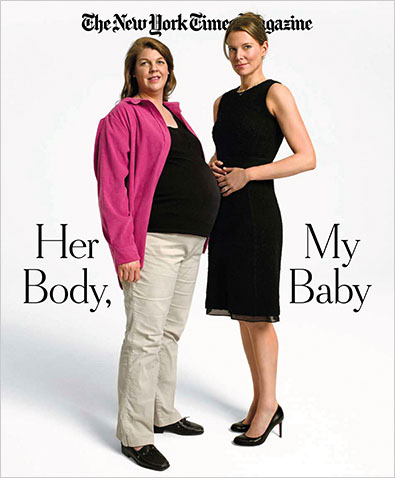 You might not know much about Kim Kardashian. You also might not know much about surrogacy. The average young adult knows much more about the former than the latter. I often quiz students on their knowledge of the culture, and most students are able to tell me about Kim Kardashian, who she married, and even the names and ages of her two children. And if you haven’t heard, Kim is going to be having her third child. Unlike her first two children, her child will be born to a surrogate mother due to medical reasons.

Since many students are probably aware of this situation, and since it might come up in a conversation at school, it would be a good time to discuss the moral questions surrounding surrogate motherhood. We want our students to see how the biblical worldview addresses important issues instead of being influenced only by culture. My goal is not to determine if surrogacy is right or wrong. Instead, I want look at some important questions on this issue to help get the conversation started.

What is surrogate motherhood?

Merrian-Webster defines surrogate motherhood as “a woman who becomes pregnant usually by artificial insemination or surgical implantation of a fertilized egg for the purpose of carrying the fetus to term for another woman.”

What does the Bible say?

Even though the Bible never mentions IVF or any other reproductive technologies, it does give a few guidelines that can help us in this discussion. One that I will mention here is that the Bible establishes a clear definition for marriage and also says that procreation should happen inside of that relationship (Gen. 1-2). This definition would mean that any premarital or extramarital sexual relations are against God’s design. Even though the Bible does describe many relationships that went against God’s design for marriage and procreation, the Bible often describes historical events that are not prescriptive for us. Things in Scripture like surrogacy are often allowed but are never accepted as the best option.

This doesn’t mean that surrogacy is strictly forbidden in Scripture, because it’s not. All I’m saying is that we do see a difference between the biblical design for procreation and surrogacy with the addiction of the third-party contributor. This should cause us to spend more time thinking through the issue before jumping to a conclusion. However, this is also a public policy issue and doesn’t only raise theological questions.

Who is the mother?

The definition of “mother” has been blurred with the advancements in reproductive technologies, and this is a critically important definition in this debate. Is the mother the woman who gave birth to the child or the woman who donated her egg? If we define “mother” as the woman who gave birth, then the surrogate would be the mother in both types of surrogacy. If a genetic relationship is required to be a mother, then the surrogate is only a mother when genetic surrogacy is performed.

Either way we define mother, genetic surrogacy would then entail taking the child away from its mother. Is it ethical to intentionally enter into a surrogate relationship knowing the mother will hand the baby over the moment it’s born?

Gestational surrogacy would have different issues since the surrogate doesn’t have a genetic relationship to the child. This is exactly why it is critically important to get our definitions straight. Is the child being taken from its mother or not? What if we sign a contract establishing that the surrogate isn’t the mother?

Does signing a contract solve the issues?

There is an important principle that I constantly remind my high school ethics students: Just because I can do something doesn’t mean I should do it. It is clear that something isn’t moral simply because it is possible. The same is true for surrogacy and signing a contract. Just because we can sign a contract stating that the surrogate will hand over the baby at birth doesn’t mean that she should do it. What do we do when the surrogate forms a connection with the child eight months into the pregnancy? In this situation, the surrogate would be forced to give up the child should she have second thoughts.

Should we see genetic surrogacy as an adoption process since the surrogate is the mother? Doesn’t a mother have the right to raise her child given that she wants the child and is a good mother? Does the idea of “renting a womb” turn procreation into a business deal? Simply creating a contract doesn’t make the moral issues disappear.

Is there a potential for exploitation?

Even though it is not common, commercial surrogacy does have a potential for exploitation. Some people may choose to be surrogates because they want to help an infertile couple while others may become surrogates to make money. Surrogates in the United States cost roughly $40,000 to $50,000. This is a big difference compared to surrogates in other countries that cost around $6,000 to $10,000. Should we be going to other countries in order to find poor women willing to be surrogates for a fraction of the price? How will this affect the lives of those women?

If allowed, should certain conditions be met?

Another condition that should be considered is the payment. Does the morality change between commercial and altruistic surrogacy when a payment is introduced? Will this change how we see children and pregnancy as a blessing and turn it into a business contract? Should a surrogate being paid to have a child she isn’t going to keep receive maternity leave?

There are other issues that could be discussed, but hopefully this is a good start to the discussion. The most important detail to remember is that a child’s worth is not based on how they were created. IVF, surrogacy, and other reproductive technologies don’t make a child any less valuable, and we cannot treat people differently based on how they were conceived. All human beings are created in the image of God and are intrinsically valuable. This is why we have to consider what the Bible says, the definition of a mother, contract issues, possible exploitation, and what conditions should be met if allowed. Just because something is possible doesn’t mean it is good. It is for this reason that we need to think through issues from a biblical worldview instead of being influenced only by culture.

What do you think about this issue? I’d love to hear your thoughts in the comments below!

Ryan Pauly teaches Historical Christian Doctrine and Apologetics, Comparative Religions and Worldviews, and Philosophy of Ethics at a Southern California High School. He is also the training coordinator for the MAVEN immersive experiences and is a Stand to Reason affiliate. He holds a Master's degree in Christian apologetics from Biola University and a certificate in science apologetics from the Reasons Institute. Ryan discusses a wide range of apologetics and cultural issues relating to students through writing, videos, speaking, podcast, and radio.